PETALING JAYA: A local researcher turned entrepreneur has come up with a way to treat acne.

Terming the condition as a disease, Prof Ong Kok Hai says it can be prevented with the right health measures.

His three-step acne treatment is now available at local pharmacies.

“You can call acne a disease, which has a cause and effect, so by studying the basic pathology or its formation, we can understand, cure and prevent the problem,” said the medical biotechnologist who is Professor of Medical Microbiology at the International Medical University (IMU) Malaysia.

Believing that his theory could help many, especially adolescents, avoid psychological trauma and permanent scarring, Prof Ong obtained the service of a formulation expert to come up with the right treatment for acne.

“Acne is a universal skin problem which is formed in four stages: skin sheds dead cells; pores get blocked by dead cells, oil builds inside clogged pores, inflammation happens, forming pimple. The formula that we have created attacks it at each stage to get rid of it and prevent it from recurring,” he said in an interview, dispelling the popular misconception that acne is a normal part of everyone’s rite of passage.

Prof Ong admitted that it was challenging to commercialise his team’s research findings but they had help and support from the Small and Medium Industries Development Corp (Smidec).

The marketing process has been a learning curve for an academic like him with stiff competition from the “big, international boys” who dominate the market, he said.

As to how he ventured into the very competitive “cosme-ceutical” research, Prof Ong said it all began with his son’s condition.

“My son had an acne problem and as we explored the wide range of expensive imported products, it occurred to me that maybe I should use my knowledge to produce a local formula.”

He said his team spent up to a year to find the ideal combination for the formula, which has been tested on more than 50 volunteers.

The initial trial, he said, had shown tremendous improvement in most volunteers.

Prof Ong said the formula, which has been approved by the Health Ministry, has been in the market for two months. 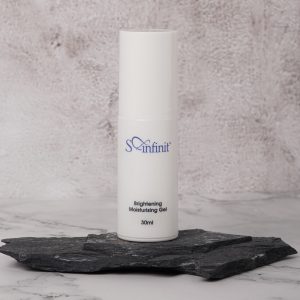 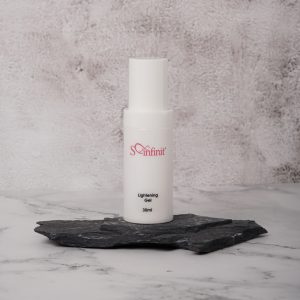 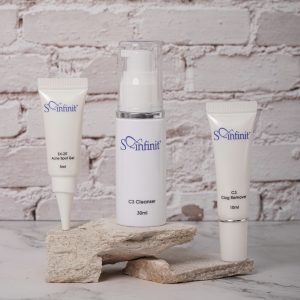 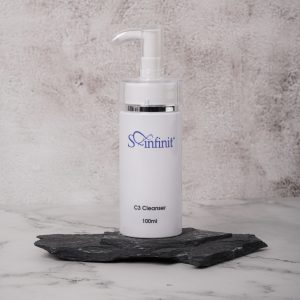 All prices in Malaysian Ringgit (RM / MYR). All price above will subject to Malaysia Service Tax at 6% commencing 1 September 2018. The information contained on this website is for general information purposes only. The information is provided by SQ Infinit⁺ and while we endeavour to keep the information up to date and correct as much as possible. When you visit or interact with our sites, services, applications, tools or messaging, we or our authorised service providers may use cookies, web beacons, and other similar technologies for storing information to help provide you with a better, faster and safer experience and for advertising purposes.